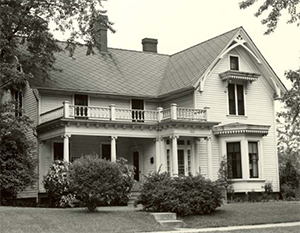 The beginning of Bay View Library is attributed to Beulah Brinton. In the 1870s, Brinton taught homesick immigrant workers and children how to perform useful skills and recreational activities. She also provided them with English reading lessons, using books from her personal collection. With over 300 volumes, Brinton welcomed the community into her personal lending library. Located at present-day 2590 S. Superior St., Brinton’s home was considered the first public library in Bay View.

In 1879, Bay View was incorporated into a village, becoming Milwaukee’s first suburb. During the same year, the Bay View Library Association was also created. The association was tasked with increasing library awareness and collection size and held regular meetings at least through 1887. Within that year, the village voted for annexation into the City of Milwaukee, to receive more public services. 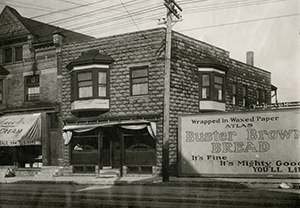 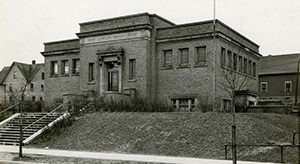 By the 1910s, the residents of the Bay View neighborhood longed for a permanent library building. In 1913, Silas J. Llewellyn and John T. Llewellyn, sons of beloved resident Henry Llewellyn, donated a plot of land for a new library in their father’s honor. Located at present-day 907 E. Russell Ave., the Llewellyn Branch opened the following year at a cost of $30,000. Designed by the architectural firm of Van Ryn & DeGelleke, the library was a Carnegie-esque brick landmark that initially housed 980 volumes. As the library grew in popularity, the need for more space was evident. By 1958 the Llewellyn Branch contained over 10,000 volumes, a collection that had no more room to grow. 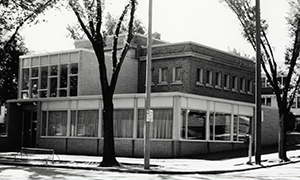 In 1959 a newly remodeled building and addition designed by Grassold & Johnson opened to the public. The $150,000 budget removed the exterior grand stair, which hampered visitors’ access to the library, and lowered the earth to transform the basement into the main level. The budget also called for a new one-story addition, which partially blocked the original building near the street intersection. While the adult collection was housed on the main level, the upper floor contained children’s materials. During the renovation, the library temporarily relocated to the former Bay View Baptist Church at 903 E. Russell Ave. 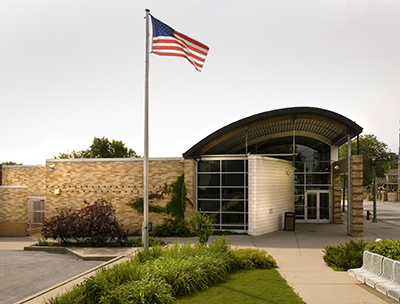 The addition afforded the Llewellyn Branch ample space for more than 30 years, however, by the 1990s a new facility was badly needed. A new library opened in 1993, in the wedge-shaped site at 2566 S. Kinnickinnic Ave. Local firm Engberg Anderson was responsible for the library’s contemporary design, which contrasted with the surrounding Victorian homes and 1800s commercial and religious buildings. The building is characterized by a curved roof and expansive windows, allowing ample natural light to illuminate the collections and spaces. At a cost of $3.3 million, the new Bay View Branch Library strives to invite the community to view its offerings before entering the main space; the large windows provide room for popular materials displays, and the lobby features floor maps created by artist Peter Flanary which depict changes to the community since the 1830s. The single-story building also was accessible, as the Llewellyn Branch had narrow aisles and limited elevator space for people with disabilities. The Bay View Branch was one of the first MPL locations to include a computer lab, as internet and disc usage became more accessible to the community. 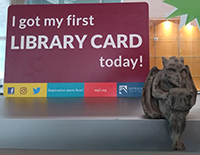 Bay View Branch visitors may notice gargoyles around the building. The tradition started in 1994, celebrating the one-year anniversary of the library’s opening. A staff member brought back three gargoyles from a trip to France, and placed them on various ledges throughout the public space and front staff workroom. The annual tradition ended around 2018, however, the gargoyles remain in place for the community to enjoy. 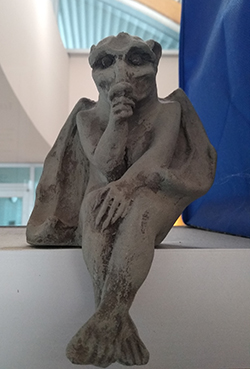 Similarly, visitors and passersby have stumbled across four rock formations around the library’s exterior. Bay View Series, sculpted by Flanary in 1993 for $20,000, consisted of three granite rocks and one chunk of taconite iron ore. The granite rocks, “Catalpa", "Willow", and "Aspen'', were located next to trees and plants near the library parking lot, with the vegetation’s name inscribed on the rocks’ surface. Located south of the building, the six-ton iron ore has a 20-inch hole in the center. A 2020 parking lot renovation has permanently removed the granite rocks, however, the iron ore chunk remains in its original location.