The history of the Tippecanoe Library can be traced back to 1916 when it was located in the private home of Mary Moser in the Town of Lake. Milwaukee Public Library delivered books daily as part of its suburban extension division. In 1931, after this portion of the Town of Lake was annexed to the City of Milwaukee, a branch of the Milwaukee Public Library was established in rented quarters at in the Tippecanoe Building & Loan Association building at 3835 S. Howell Avenue. 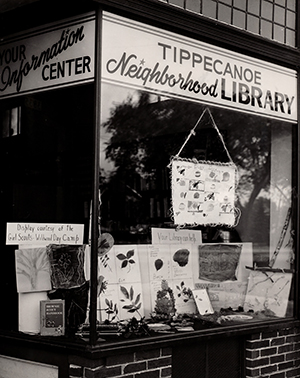 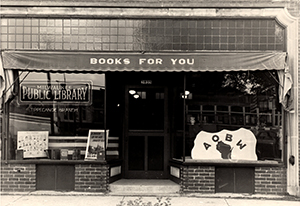 The new Tippecanoe Branch opened in September of 1931 as one of MPL’s storefront libraries with Evelyn Olcott serving as manager. In the January 18, 1945 edition of the Milwaukee Journal, a happy patron praised the library, writing “the Tippecanoe library windows always have such cleverly appropriate displays. The interior likewise. And the librarians carry out such interesting projects for the children.” Above are examples of displays at this location, including one by the Girl Scouts Wildwood Day Camp and AOBW, which stands for the Ancient Order of Book Worms, Milwaukee Public Library’s children’s reading program. 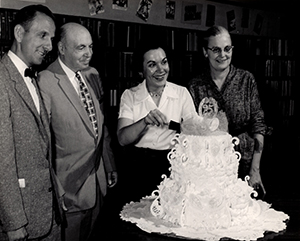 On October 3, 1956 the Tippecanoe Library celebrated the 25th anniversary of being at the 3835 S. Howell Avenue location. In 1960, the library would move to the old Town of Lake fire station and town hall at 3600 S. Howell Ave. The building was refurbished to accommodate library activities and included garage space for a bookmobile. 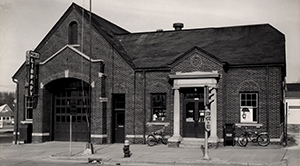 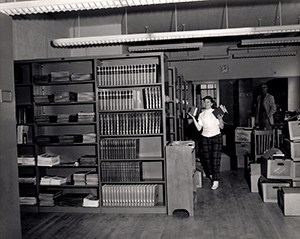 Eight years later, the firehouse was demolished to make way for an entirely new building on the same site. On November 17, 1968, a twin ceremony was held for the groundbreaking of the new library and the demolition of the old building. The Milwaukee Journal ran the headline “Tippecanoe Library Dies a Proud Death.” The new 15,000-square-foot building was designed by Darby, Bogner & Associates, with space to house 60,000 books and multipurpose meeting rooms for community groups. While the new building was under construction, the library service was first provided by a bookmobile and then housed in the lobby of the Water Tower at 725 W. Howard Ave.

The dedication ceremony for the new Tippecanoe Branch at 3912 S. Howell took place on November 16, 1969, with a crowd of excited neighborhood residents. 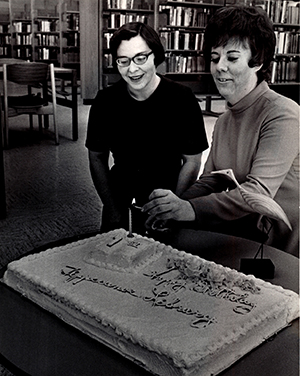 Staff celebrating the first anniversary of the new building in 1970. Ann Germanson and Leslyn Schmidt lit the candle on the Tippecanoe Library birthday cake. 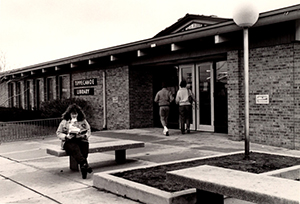 On January 30, 2015, the library closed for renovation and temporary quarters were established across the street at 3933 S. Howell, in the banquet hall of the Copper Kitchen restaurant. 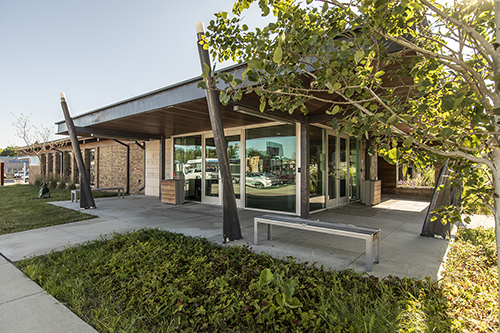 The renovated Tippecanoe Branch opened on December 12, 2015. It preserved the mid-century stained glass and the sculpture by Guido Brink, which highlighted the modern industrial and computer technique of the late 1960s. The sculpture represents Manitou, the Algonquian Great Spirit, as inspired by the Native American origins of the name Tippecanoe. 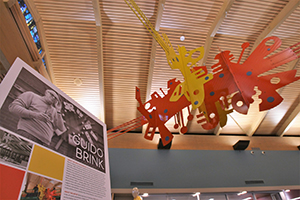 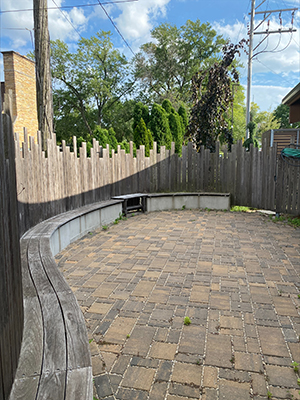 Through a generous gift from Barbara Stein, The Paula A. Kiely Secret Garden (named after a former city librarian) embellishes the branch. Inspired by Frances Hodgson Burnett’s 1911 book “The Secret Garden,” it is an outdoor space for children and for the telling of stories.