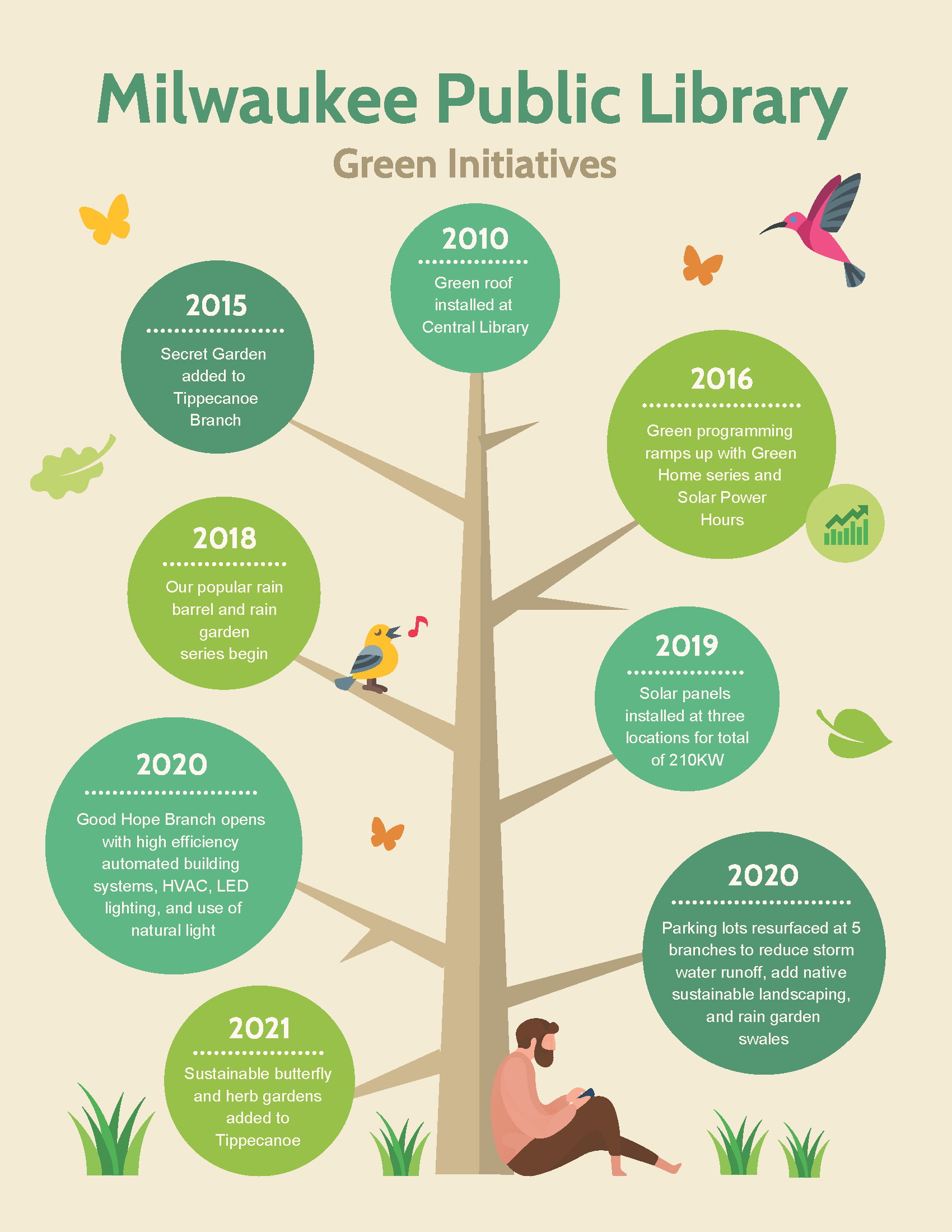 The Milwaukee Public Library has become a leader in eco-friendly initiatives for the city in many ways. While some of the library's green initiatives have been around for decades, others are brand new.

When Washington Park Library was built in 2003, it included the integration of a unique geothermal heat pump system to heat and cool the library. The system was one of the first vertical bore heat exchangers in southeast Wisconsin. The building also integrates various energy-saving strategies, including efficient glass, daylighting, and automated lighting controls to reduce the energy demand compared to a typical building of a similar size. These renewable energy technologies can help reduce building operation costs, reliance on imported fossil fuels, pollution, and greenhouse gas generation. [pdf of Green Initiatives]

In 2010, MPL received two awards used toward its addition of a 33,000 square-foot green roof at the Central Library. 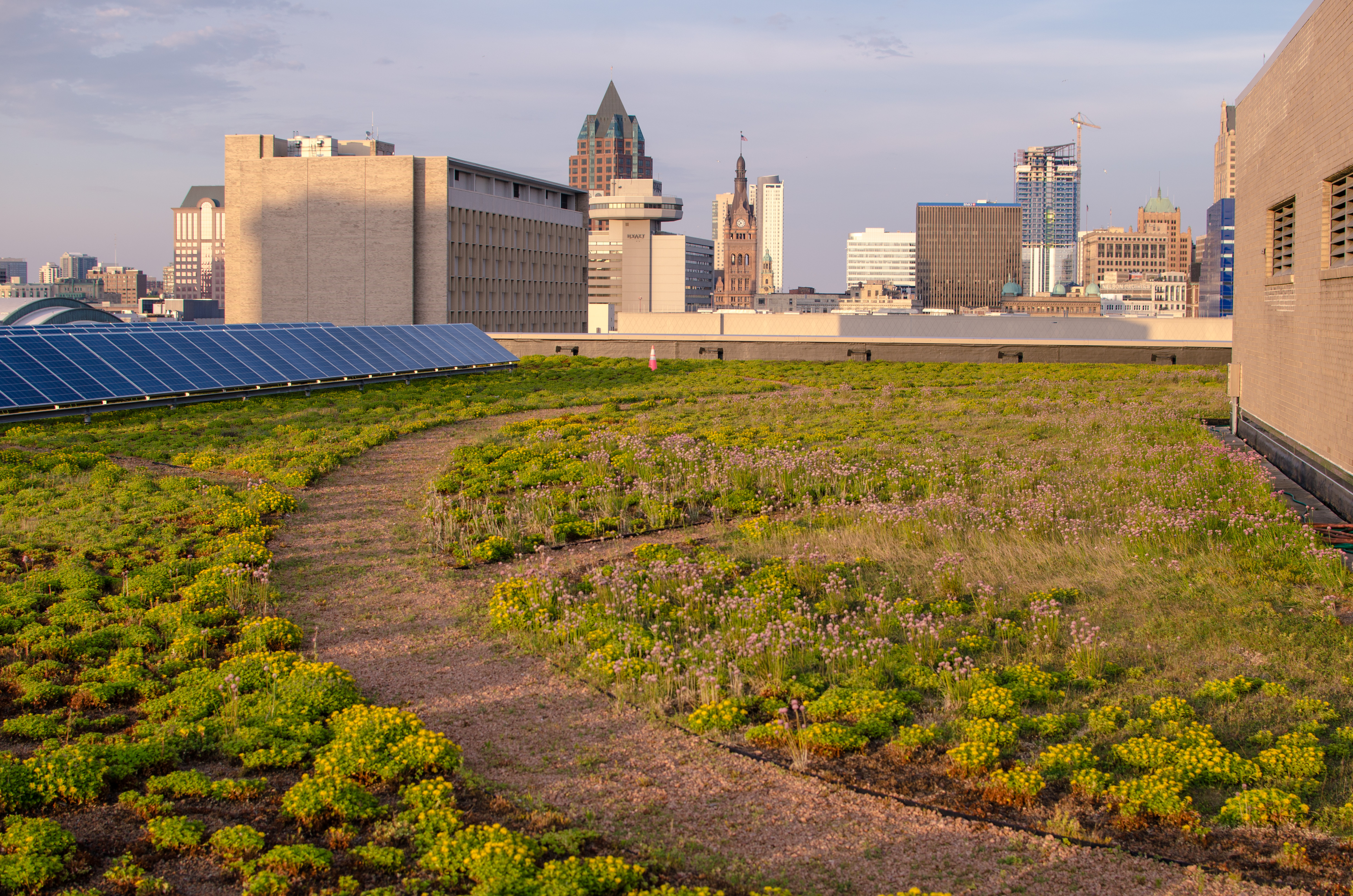 The living roof collects and stores thousands of gallons of rainwater during downpours which helps to prevent street sewers from overflowing and contaminating local lakes and rivers. The installation of the green roof is expected to double the life of the roof to 40 years. A $250K grant from the Milwaukee Metropolitan Sewerage District provided for the addition of an educational component to the Green Roof project. Learn more about the green roof.

In addition to the green roof, Central Library added 30KW of solar panels to its roof in 2010 which reduced the building’s energy usage by more than 10% in only two years. This roof receives solar exposure almost 100% of the year. Improvements to Central Library drew attention from Barack Obama’s Better Buildings Challenge in 2013. MPL was also recognized in 2013 by the Milwaukee Business Journal for “Green Design of the Year” and by the Public Policy Forum for “Effective Use of Technology.”

In 2016, MPL was awarded more than $70K in grant money from Milwaukee Metropolitan Sewerage District for the installation of the following at the Tippecanoe Branch Library: 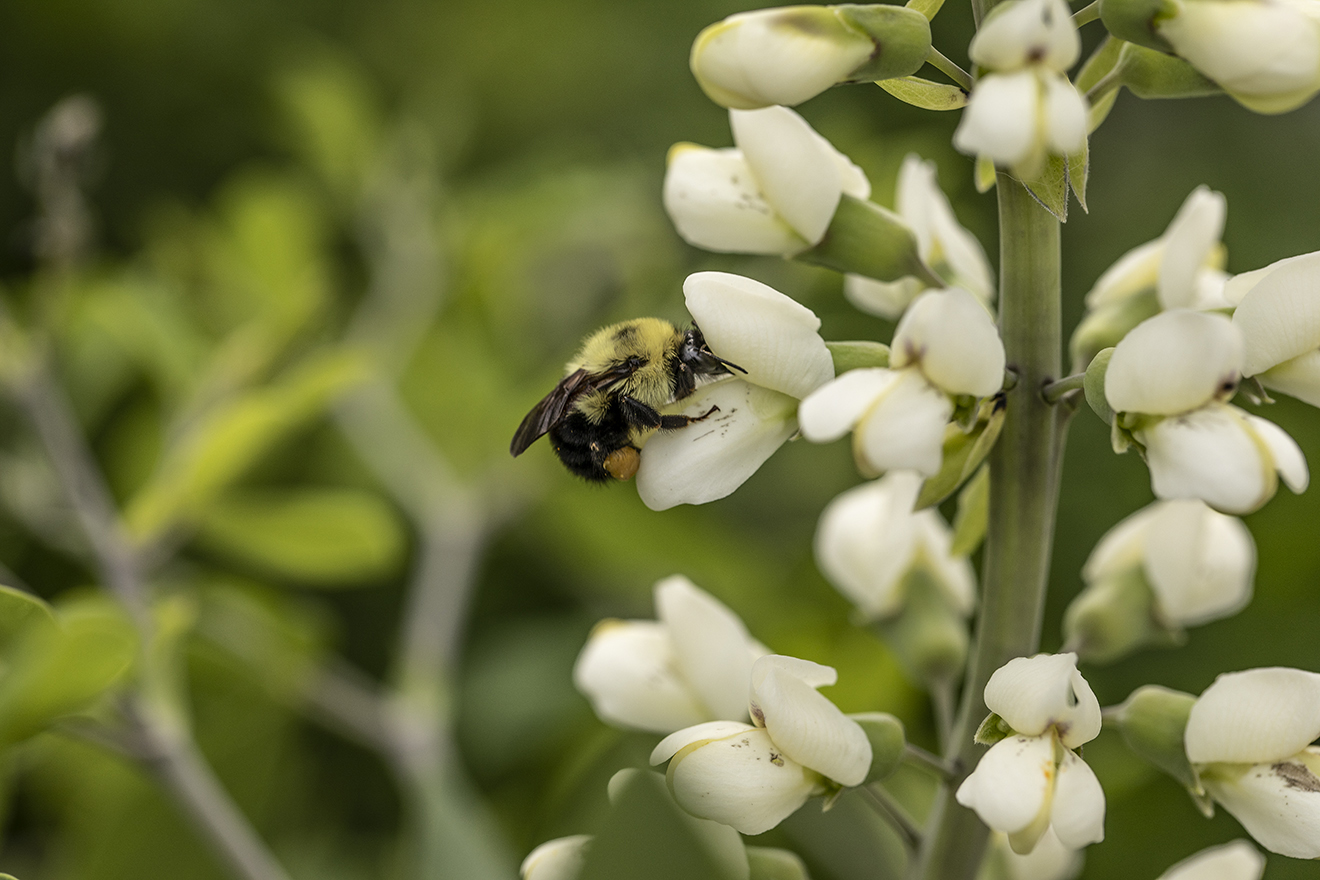 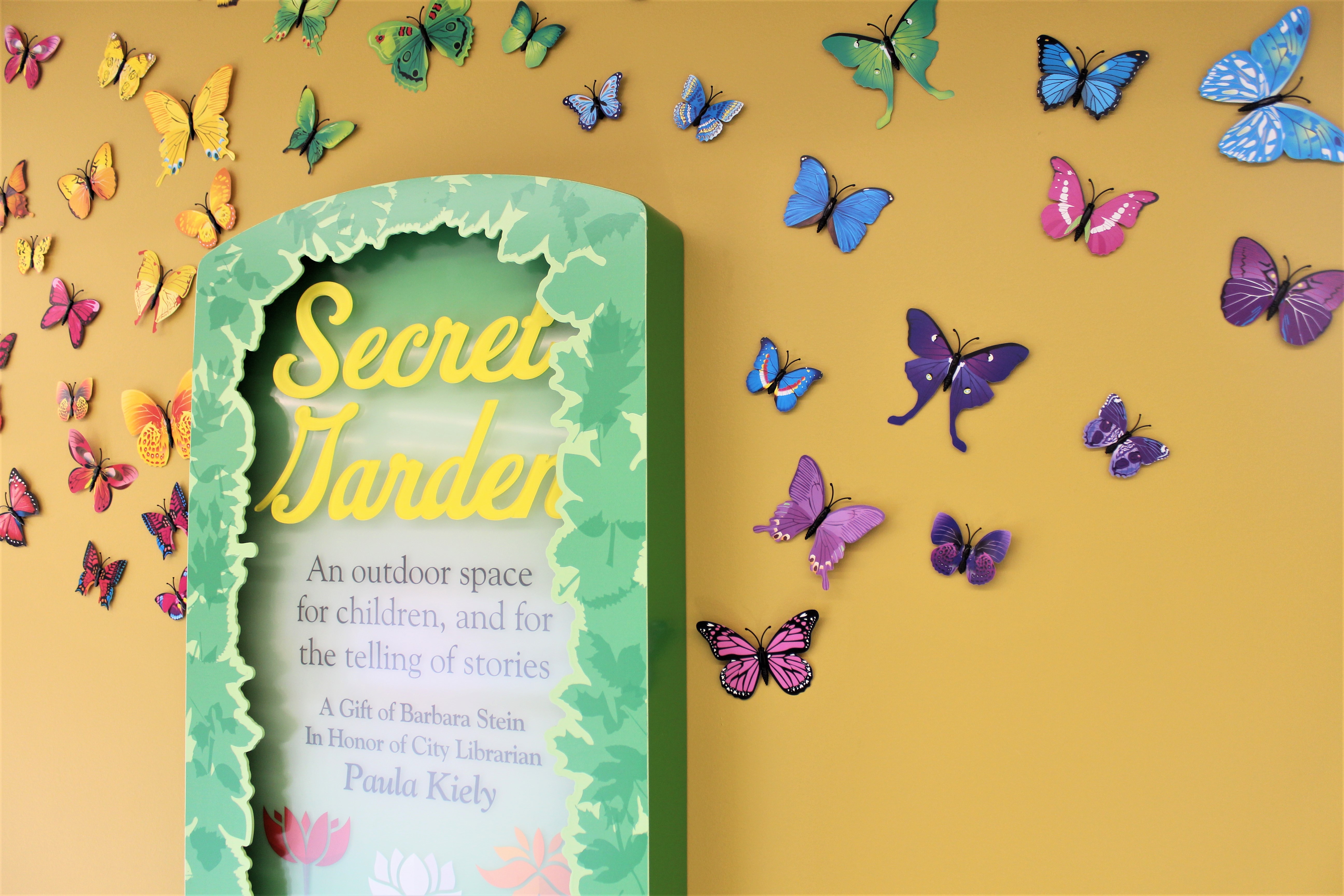 A “Secret Garden” was also added to Tippecanoe through a generous $50K donation to the Milwaukee Public Library Foundation in 2016 from Barbara Stein. As a result, Tippecanoe became more invested in green programming and was subsequently awarded $20K between two James E. Dutton grants (in 2016 and 2017) to expand on those initiatives. These were the beginnings of what is now a large facet of green programming systemwide. 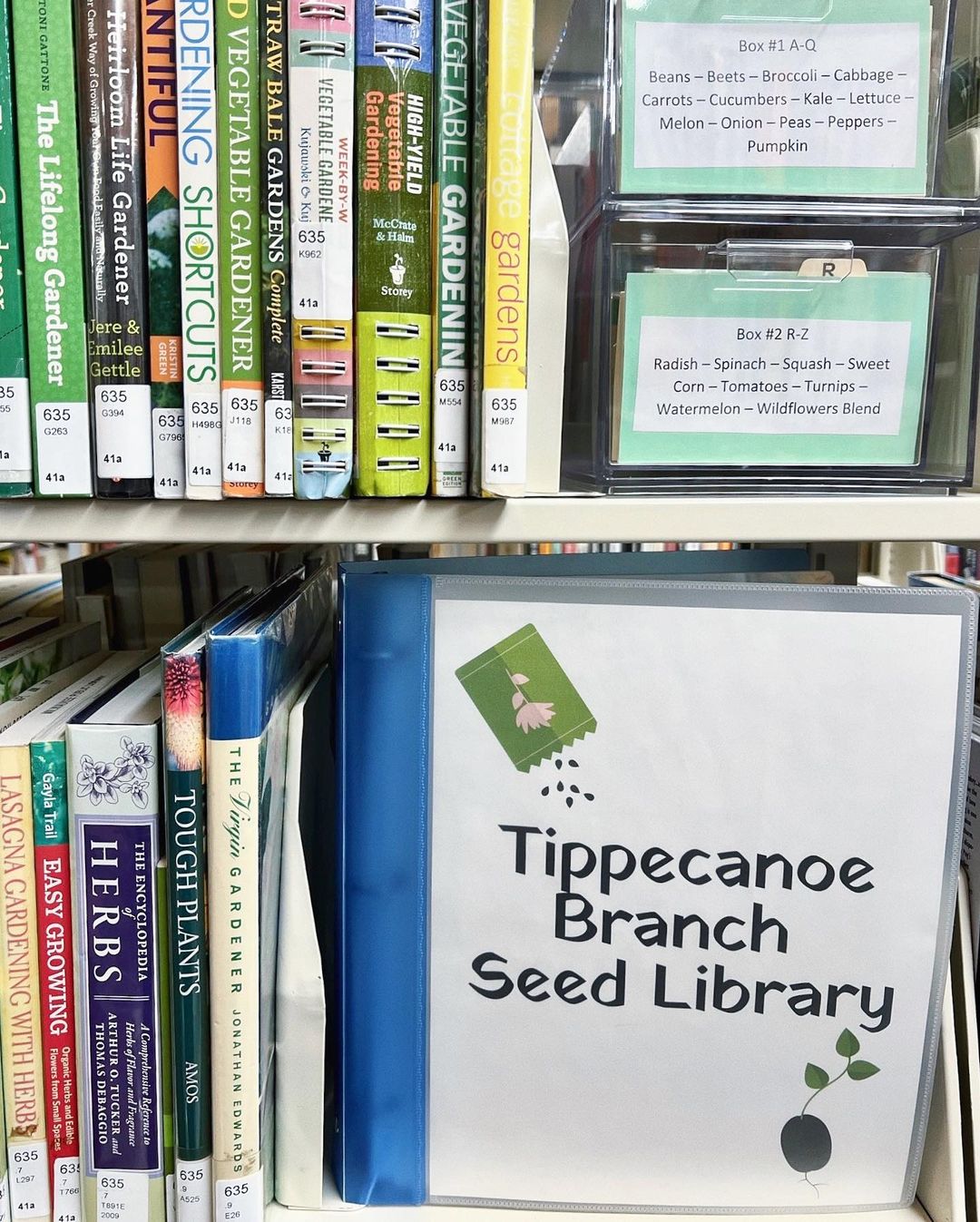 In 2018, Tippecanoe added a Seed Library from which patrons can select free seeds to plant in their gardens. The first batch of seeds was donated by Seed Savers Exchange. The selection began as all heirloom seeds, but the Library now purchases seeds each fall. There are typically 30-40 types of seeds, some of which come from patron donations.

A 2019 project added an additional 180KW of solar power for a combined total of 210KW across three Milwaukee Public Library locations: Center Street, Central Library, and Tippecanoe. These additions save the City of Milwaukee around $35K per year in energy costs and help toward its goal of having 25 percent of its energy come from renewable resources by the year 2025.

In 2020, the Atkinson, Bay View, Center Street, Washington Park, and Zablocki Branches underwent green infrastructure projects. In partnership with the City of Milwaukee’s Environmental Collaboration Office, parking lot work was done to mirror the improvements made at Tippecanoe in 2015. Other organizations who awarded over $800K in funds for these projects include Wisconsin’s Coastal Management Program, Fund for Lake Michigan, Milwaukee Metropolitan Sewerage District, and Milwaukee Public Library Foundation.

Central Library underwent renovations to its heating, ventilation, and air conditioning (HVAC) system with energy-efficient replacements in 2020. Good Hope Branch opened in July of that year with high-efficiency automated building systems, HVAC, LED lighting, and the use of natural light throughout the building. 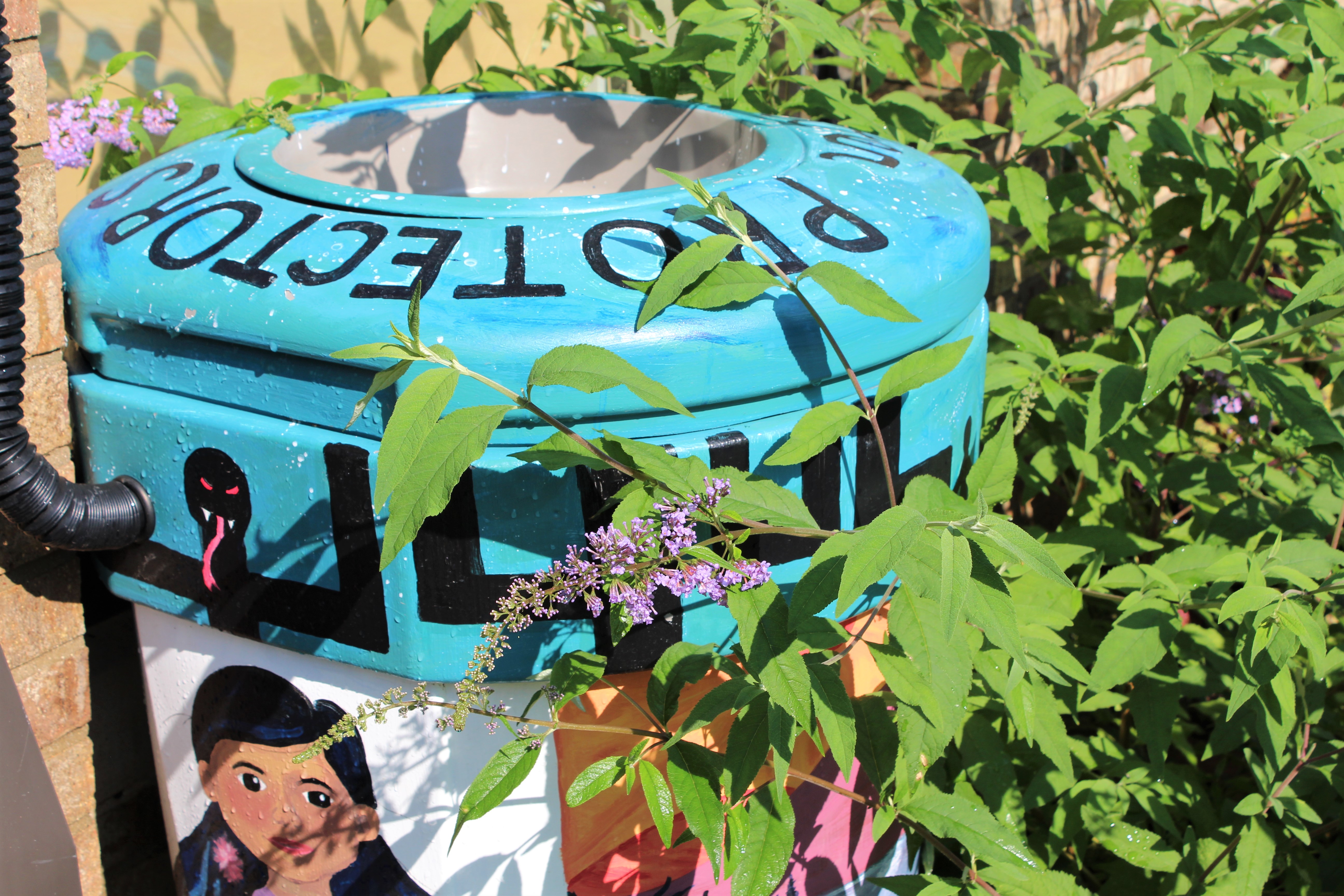 A butterfly garden was added at Tippecanoe in 2021 with a rain barrel that is painted to represent the children’s book We Are Water Protectors, winner of the 2021 Caldecott Medal. An herb garden was also installed in the Secret Garden this year, generously donated by Alice’s Garden. 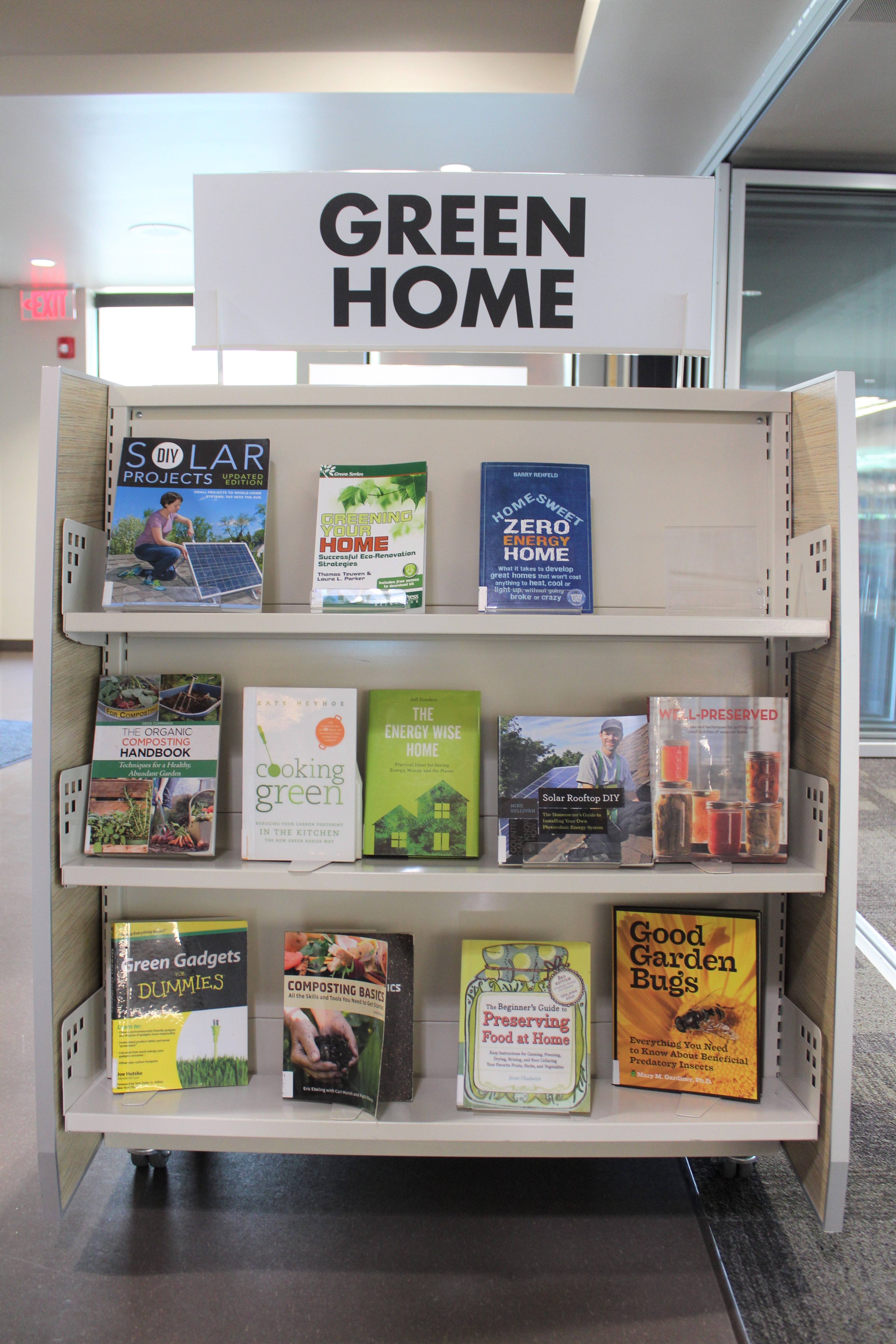 The plan for the future is to continue to invest in sustainability measures at all 12 neighborhood branches and expand on green programming and collections. Green infrastructure and enhancements are built into all plans for branch enhancements and renovations. Milwaukee Public Library plays a key role in educating and informing citizens about issues affecting precious freshwater resources today…and tomorrow. By providing free access to green information through highly skilled staff, expansive library collections, discussion groups, tours, lectures, and social media, the contribution Milwaukee Public Library can make to protect the environment is immeasurable.

View a list of upcoming Green Ideas programs and register to attend.

If you would like to learn more about Earth Day or how you can help invest in our planet, you can check out this online booklist and so much more at MPL, or print off a booklist to keep.

View a video library of past MPL Green Ideas programs on demand like the one below on Rain Barrels, Rain Gardens and More.