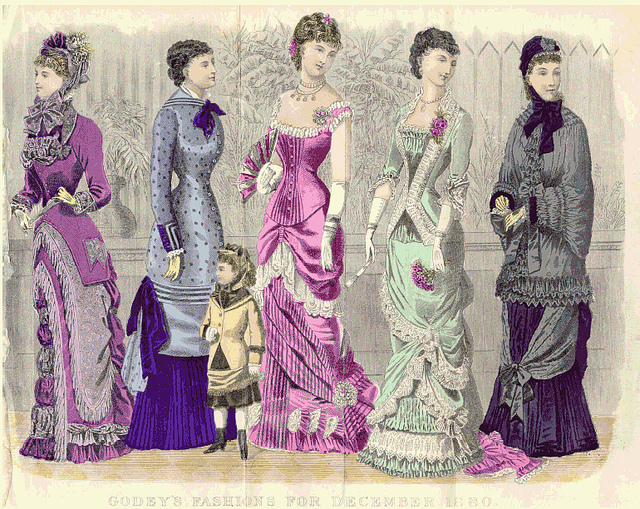 These fashion plates come from the most popular woman’s magazines of the Victorian era. Godey’s Lady’s Book was a periodical in publication from 1830 to 1898. It was the number one selling periodical in Victorian America and boasted a readership of around 150,000. Louis A. Godey, a publisher and former newspaper editor, established the magazine in 1830. In 1837, Godey hired Sarah Josepha Hale, a feminist social reformer, to edit and revamp the magazine. As editor of Godey’s, Hale promoted female education, advocated for married women’s property rights, and was integral in establishing the observance of Thanksgiving as a national holiday. For the next 40 years, Hale and Godey commissioned fiction, poetry, and essays almost exclusively from American writers, many of them women. Among the well-known authors featured in the magazine were Nathaniel Hawthorne, Ralph Waldo Emerson, Edgar Allan Poe, Henry Wadsworth Longfellow, and Harriet Beecher Stowe.

The magazine was most famous for its colored fashion plates. A hand-tinted fashion plate could be found at the beginning of each magazine. The plates were hand painted in Philadelphia at the Godey plant and in the home of young women hired to assist with the painting. Sometimes the artists didn’t follow the coloring instructions. When the supply of color ran out, they often switched to other colors which resulted in different subscribers receiving differently colored fashion plates. 80 Godey's Full-color Fashion Plates: 1838-1880 edited and with an introduction by JoAnne Olian is a wonderful collection of plates to peruse.

Godey’s was considered an innovative publication because it was edited by a woman and because it employed a predominantly female workforce. Godey’s Lady’s Book fell into decline only after Hale retired, and Godey sold the journal in 1877. If you would like to view the plates, please contact the Arts, Music and Recreation Room at (414) 286-3071 to schedule an appointment. 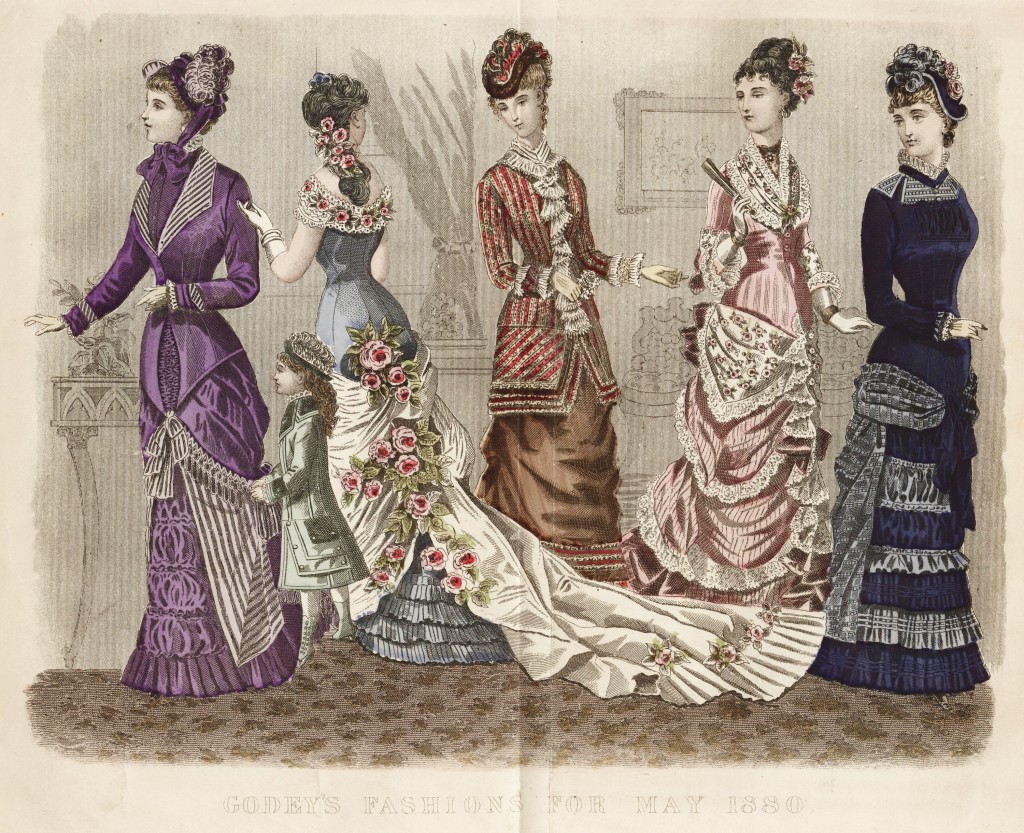