A History of Jones Island 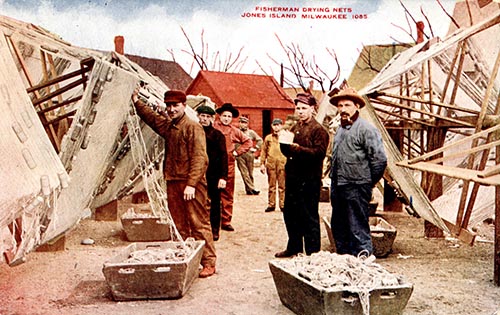 Milwaukee Historian John Gurda’s new film People of the Port: A Jones Island Documentary recently aired on Milwaukee PBS. The documentary chronicles the history of the small area of Milwaukee known as Jones Island, a mile-long peninsula formed at the mouth of the Milwaukee River that borders Lake Michigan’s shoreline.

This marshy strip was an important Native American gathering place because of its access to fish, wild rice, and mainland resources. Over time, French Canadian fur traders began visiting the area and set up a trading post.  Early records indicate that by the early nineteenth century, a man named Onautissah, known to white settlers as the “King of the Potawatomi,” led a pantribal village on the site. By the 1830s, during the era of Indian Removal, Milwaukee’s Native Americans were displaced and forced to live on reservations in other states.

Jones Island gets its name from a shipbuilder named James Monroe Jones who arrived in Milwaukee in 1848. He established a shipyard on the site around 1854. Only a few short years later, Jones was out of business because of the financial panic of 1857 and a storm that damaged the island. He left for Detroit in 1861, but Jones Island is still named after him to this day. 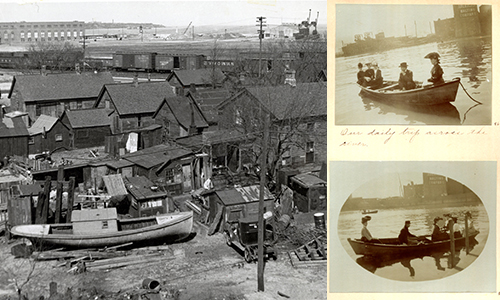 Beginning in the 1870s, Jones Island became the home of the Kaszubs (or Kashubs), immigrants from Poland’s Baltic Sea coast. The Kaszubs were fisherfolk who established a village on Jones Island. Milwaukee Public Library holds photographs and artwork related to this period of Jones Island’s history that were featured in the documentary. 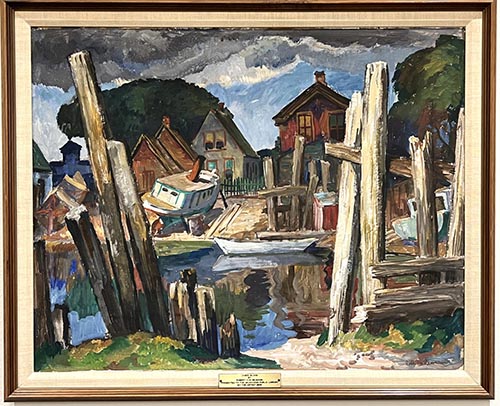 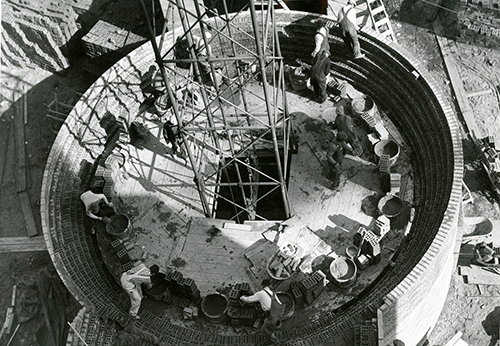 The Kaszubs were considered squatters by the city and were eventually evicted in the early twentieth century to make way for a wastewater treatment plant and updated harbor facilities. The Jones Island sewage treatment plant was completed in 1925. Milwaukee pioneered the modern water reclamation process of aeration and was the first to create a commercial by-product from sewage treatment: the fertilizer known as Milorganite. The facility was designated a National Historic Civil Engineering Landmark in 1974. 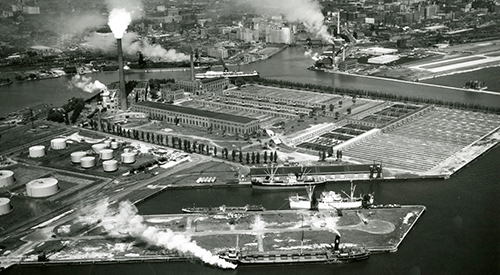 That same year, Kaszube's Park on Jones Island was named a Milwaukee landmark. It is the smallest park in the county, serving as a tiny patch of green space in the now industrialized area. Every year a group of descendants of the Kaszubs meet for a picnic in the park. 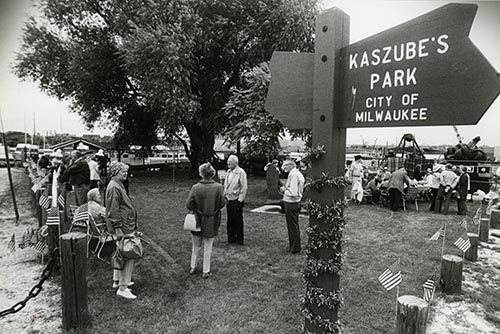 After watching John Gurda’s People of the Port Documentary, you can learn more about Jones Island by checking out these books and resources:

Milwaukee: A City Built on Water by John Gurda.

The Fisherfolk of Jones Island by Ruth Kriehn. Milwaukee Public Library also holds an archival collection of Kriehn’s research materials she collected when writing the book.

Soul of a Port: The History and Evolution of the Port of Milwaukee by Leah Dobkin.

Explore more photographs of Jones Island from MPL’s Milwaukee Historic Photos Collection and Jones Island Album from 1904-1905. Some photos have been digitized but there are a lot more that can be viewed in person at Central Library.