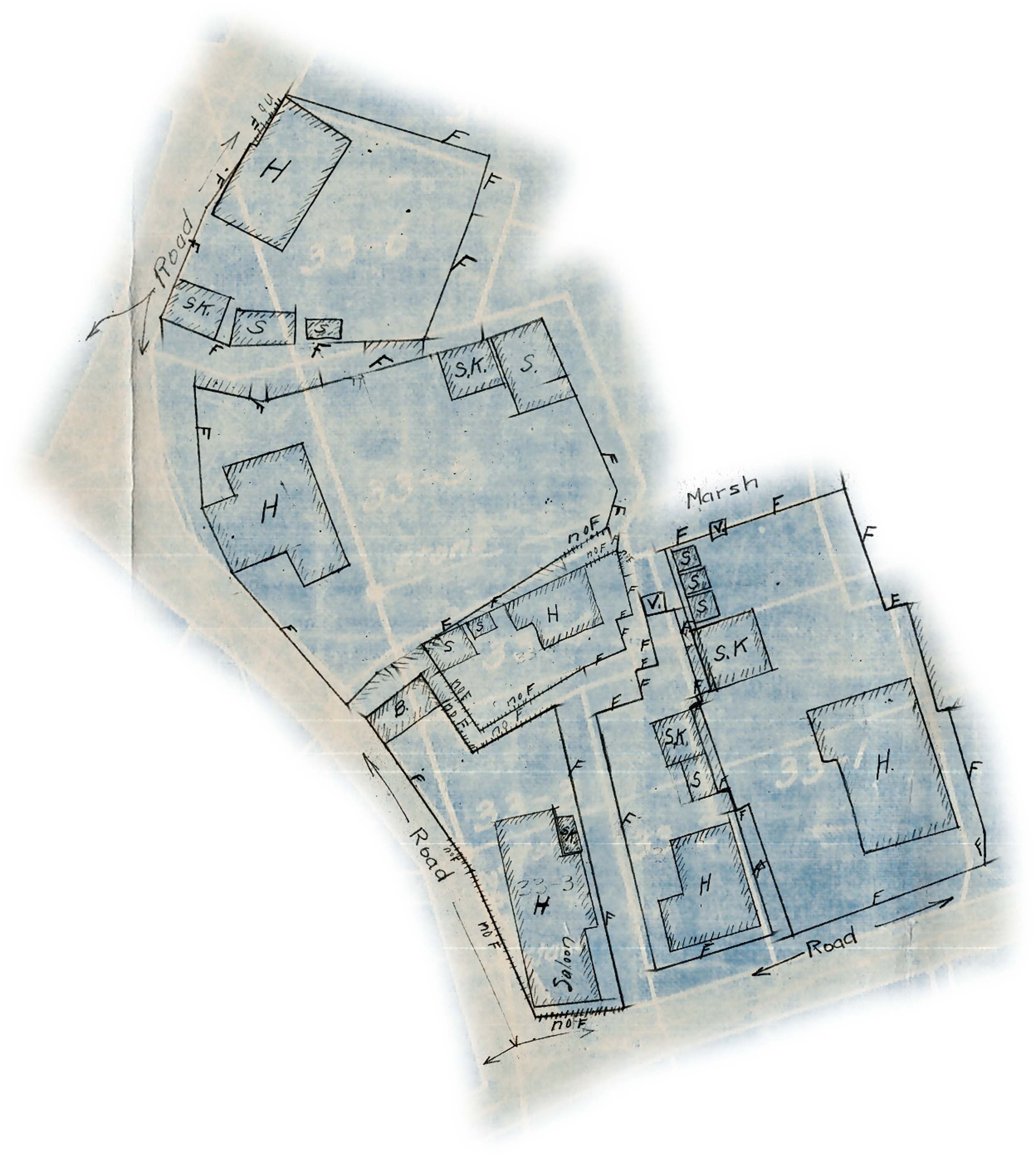 In 1914, a property survey of Jones was conducted by the city of Milwaukee. The index cards in this collection are the field notes. They contain both genealogical information as well as sketches of the layout of each property, including any man-made structures. Digital Projects Librarian Jennifer Pahl conducted research using Milwaukee city directories, U. S. Census records, and other vital record


Back to all Digital Collections

Clarence S. Gruetzmacher (1887-1956) was born in Milwaukee and worked for the City of Milwaukee for 40 years, mainly as a civil engineer. Gruetzmacher began his employment with the city in 1908 as a chainman for the Department of Public Works and later became a street construction inspector. In 1919, he was put in charge of water main design and construction for the Bureau of Engineers, where he spent the remainder of his career. Gruetzmacher was elected Chairman of the Wisconsin Water Works Association in 1936, and was also a member of the American Society of Civil Engineers as well as the Masons. He retired in 1948 and moved to Oregon, where he later died.

In 1914, Gruetzmacher conducted a survey of the properties on Jones Island in Milwaukee. The island was predominantly settled by Polish immigrants, also known as the Kashubs (or Kaszubs). Never having obtained a deed for owning their property, these residents were considered squatters by the city. Assisted by Ralph Cahill, Ingar Olsen, and John Davis, Gruetzmacher and his team met with the local residents and gathered historical information on who lived on each property and drew small corresponding plat maps, showing the placement of the structures and property lines. These cards appear to be Gruetzmacher’s notes for a city project after Jones Island was condemned in 1914.

The collection is comprised of 4” x 6” index cards. The cards contain traverse numbers, sometimes referred to as parcels, as locations. Block numbers are also listed on about half of the cards. The cards typically indicate who lived on the property, who they bought it from, whether they owned or rented it, and if they rented, who they rented it from. Many of the residents paid rent to the Illinois Steel Company, while others paid a fee to the Jones Island Society which was fighting in court the claims against the Illinois Steel Company. Some of the residents owned their house, but not the land, so they would still pay rent for the land and they may also have paid taxes to the city for their house. The cards usually indicate the individual who provided the information.

On the back of each card are small, hand-drawn plat maps showing the property lines and the structures on it. Some of the cards have updated information that may have been added at a later date, such as other family members, new claims, when sold, and death dates. The contents list summarizes the information on the cards; it is not a complete transcription. Nor does it include any of the updated information. Some cards may be missing and presumed non-extant. It should also be noted that since some of the information was provided through an interpreter, spellings of names may be inconsistent or incorrect; whenever possible alternate spellings are provided. The name Budzisz, variously spelled Budzicz, Budish or Budzish, is the most common example.