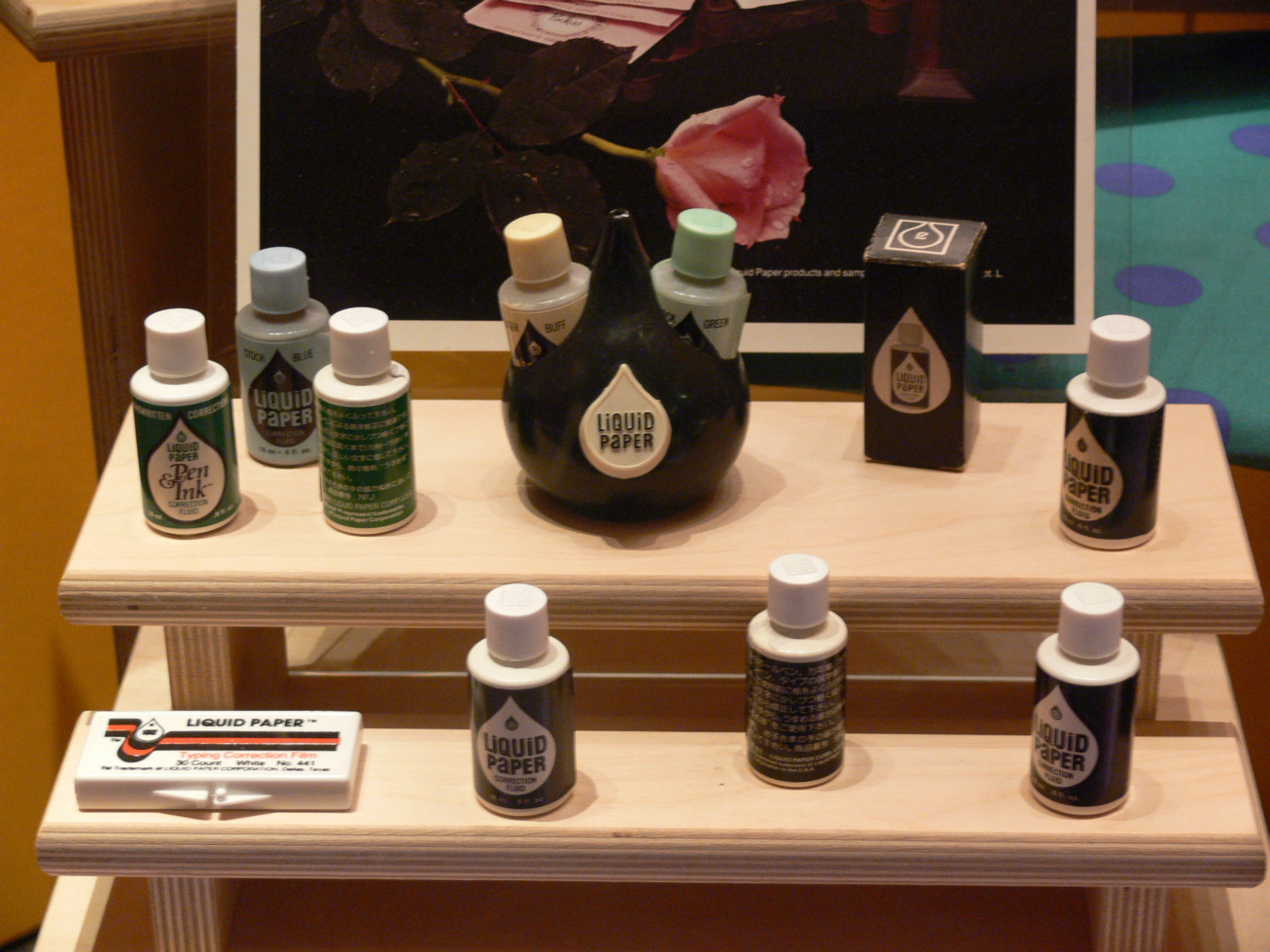 In 1951 Nesmith Graham, who worked for a banker in Texas, had a problem. With lots of typewritten documents to produce every day, mistakes can and will happen. How can they be corrected without having to retype a page from scratch every time?

This sharp and inventive secretary came up with a solution. After observing some painters at work, she realized she could use paint - a special formulation for the typewritten page - to cover up the mistakes and type right over them once it was dry. She experimented by mixing various chemicals in a kitchen blender until she came up with a product that would help typists worldwide. She called it "Mistake Out" but it would become better known by its official brand name, Liquid Paper.

She founded the Liquid Paper Company and, by 1967, was selling over 1 million units of the amazing stuff per year. She sold her company to Gillette in 1979, receiving nearly $48 million dollars for it. She died in 1980.

Interesting side note - she is also the mother of the famous musician and songwriter Mike Nesmith of the Monkees!