Learn how to repurpose old books into fun and fascinating…

Chill out after school with friends, games, and snacks.

Explore STEAM concepts and skills with hands-on fun and activities

The Power of Positive Parenting

For every parent who ever wondered: "Why does my child… 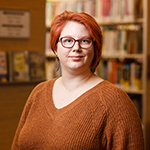 We are available to answer your questions by Telephone, Email, Text, or IM.