You should be reading Archie. 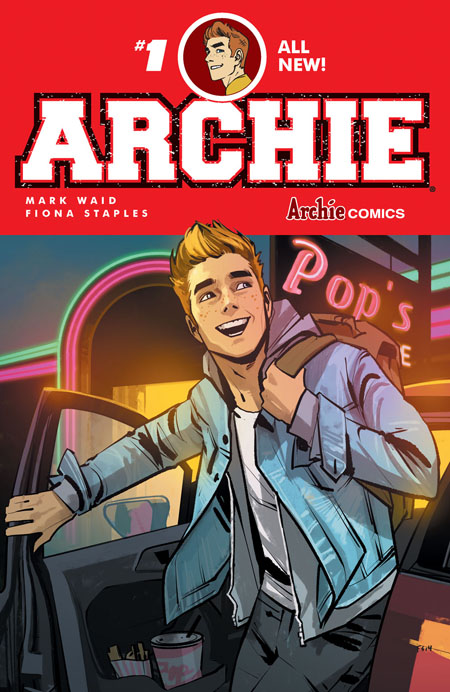 As you can probably tell from the image of the cover, you’ve not accidentally time-warped back to 1941, this is indeed a review from 2016. Last year the venerable Archie Comics franchise rolled the dice and relaunched its flagship title with an updated modern look. But with that new look, they kept the core of its character the same. It’s still Riverdale, Archie is still a freckle-faced redhead, and Jughead still has a serious hamburger problem. Writer Mark Waid might be better known for his superhero epics like Kingdom Come, but here he focuses more down to Earth with a wonderful blend of high school drama and comedy. Okay, mostly down to Earth, given Archie is portrayed as having a cartoonishly ridiculous capability for unleashing mayhem, punctuated with him accidentally demolishing the under-construction mansion owned by Veronica Lodge’s dad. 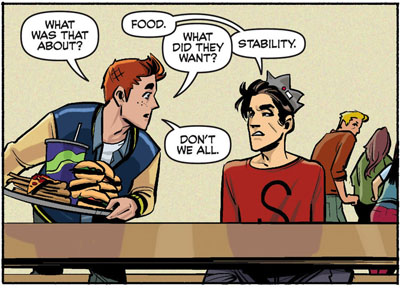 And yes, that oh-familiar Betty-or-Veronica dynamic is back, but in a way that actually feels real. The series begins at a point of high drama, with rumors flying about the break-up of Riverdale super couple Archie Andrews and Betty Cooper. No one knows what happened except the two involved, and the only thing they're saying is that it was ‘the lipstick incident’ that caused it all. Off this foundation of gossip and mystery, Waid crafts the story to let us see the best (and sometimes worst) of these characters, who are the real heart of things. The drama and comedy are always there to serve the characters, and not vice versa. This is definitely one of the better reboots out there, and absolutely a must-read for fans of both the original comics and comics in general.

There will be no weekend chat and text service available.